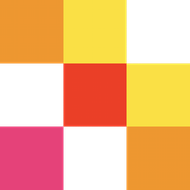 Founded in 2007, Six to Start is an independent games developer and entertainment company based in London. We’ve created games and apps for companies like the BBC, Channel 4, Penguin Books, eBay, and Muse; and we’ve conducted research and development for Disney Imagineering, CBS Interactive, Microsoft, and the British Museum.

Since 2011, Six to Start has focused on developing original smartphone games including Zombies, Run! and The Walk (co-created with Naomi Alderman)