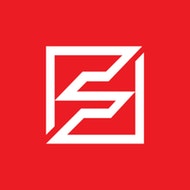 While working together at Accordent and Polycom, K.C. Watson and Mark Strathdee saw firsthand a growing gap in the way corporations communicated. Companies were ill-equipped for the increasing demands of modern video – stuck on poor user experiences, inadequate security, and technical barriers to embracing emerging formats like AR, VR, and 360-degree video. K.C. and Mark knew there had to be a better way, and in 2011, Sherpa was born.

Sherpa quickly gained the business of some of the world’s premier companies and developed its modern platform into the product it is today. Now, Sherpa Stream empowers companies to share beautiful, immersive video experiences to employees, partners, and customers with a new level of simplicity and scale.
Sherpa’s value extends beyond its technology. As a long-term trusted partner, Sherpa provides its customers with guidance, best practices, and thought leadership that’s backed by decades of combined expertise in enterprise video architecture and live streaming event production.

Sherpa is based in the San Francisco Bay Area and backed by several of the region’s premier venture investors.